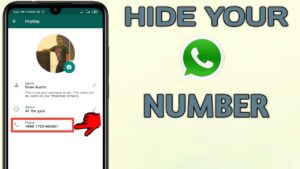 There are millions of WhatsApp groups around the world.

But people in WhatsApp groups can also see your phone number whether you want it or not.

This is the reason why WhatsApp is working to introduce a feature that will allow users to hide their phone number from certain groups or communities.

The feature, called Hide Your Phone Number, is being worked on in the beta version of WhatsApp and could be rolled out in the coming weeks or months.

WABetaInfo, a website that tracks updates to the Meta-owned app, reported on the feature.

Under this feature, phone number can be hidden as well as their sharing can be disabled by default.

Currently this feature will be limited to a group or community.

On the other hand, WhatsApp has updated the status feature and now users will be able to listen to voice files in status as well as chat with others.

This feature is now available to all users.