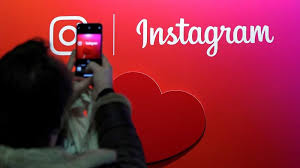 Instagram has halted work on the controversial redesign that turned the app into TikTok, but that doesn’t mean the company has changed its mind.

Instagram CEO Adam Mossari has said that in a week or two, the photo sharing app will introduce the feature of full-screen 9:16 ratio photos.

“You can watch full-screen videos on Instagram, but the size of the images is not the same, so we thought both should be treated equally,” he said.

The announcement came after Adam Mossery reversed some of the changes that turned Instagram into TikTok in late July following criticism from users.

At the time, the company said it was ending the trial of a full-screen home feed like TikTok.

Now such a home feed will not be introduced for users but it is definitely being done for photos.

Adam Mossery admitted in an interview that people complained about the new home feed design and the app’s usage rate decreased.

He also admitted that the full-screen experience isn’t ideal for photos, but apparently isn’t ready to back down.